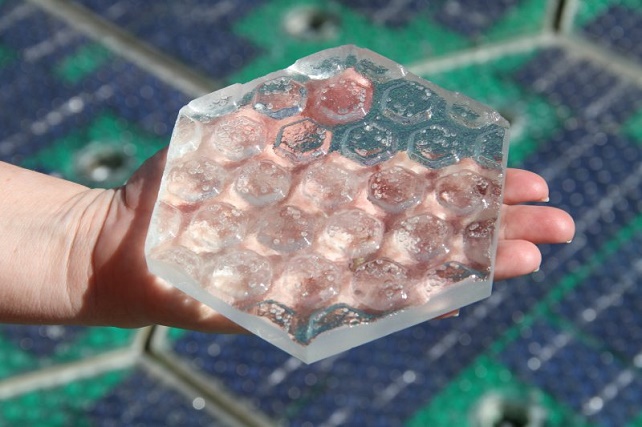 At the current location of Ron Ayers, Garden Motel, the new four storeys, 112-room hotel, "will be a partially solar-powered, LEED Certified hotel" (Roadways) on a 5-acre mixed-use property in Coeur d'Alene, Idaho.

"‘Coeurllaborate’, the project name, will include an 18,000-square-foot business incubator called ‘Incoeurbator’, which will also house a makerspace, and a 16,000-square-foot co-working facility called ‘Coeurwork.’"

"With plans to build a restaurant and a bank as well, a 170-stall parking lot will be made between those businesses and the hotel." (Walker)

Focused on innovative and high performance design (Stauffer), Miller Stauffer Architects PA, of Coeur d’Alene, are the designers behind the new hotel (McLean, Spokane Journal). A company whose principals are: "the built environment should be an extension of the natural environment, good design is collaborative and fluid, and good design must be socially responsible" (Stauffer), it’s a no brainer why the engineers/designers of Indiegogo’s (hugely successful) crowdfunding campaign Solar Roadways were sought out to incorporate their product into the project.

"I believe our hotel will outperform the market. The public will realize they are supporting an economic development ecosystem just by staying at our hotel." - Roy Ayers (McLean, Spokane Journal) 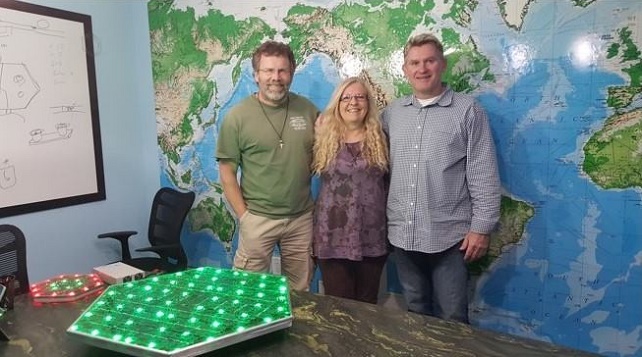 In 2015, I learned about the Solar Roadways campaign. At the time, the crowdfunding campaign was over and Scott and Julie Brusaw had reached, and exceeded their goal of raising one million dollars. Due to public demand, their crowdfunding campaign, which was initially launched on June 21, 2014, was re-launched. To date, 50,038 people have contributed $2,275,163 to their project (Indiegogo).

For my contribution of $25 dollars, I received two standard Solar Roadways bumper stickers and a hexagon (same shape as their panels) sticker.

A student in Hotel Management and a Solar Roadways crowdfunding supporter, this collaboration makes me very happy and proud to be a part of both. 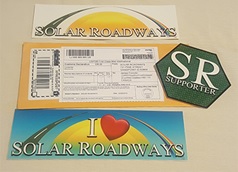