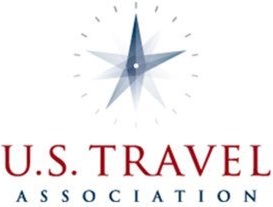 Today US President Trump said that the cost of shutting down US travel and tourism industry (hotels, restaurants, airlines) is about 30 billion dollars a month, and the government is preparing to compensate for the loss. The president pointed out that it’s not the fault of a hotel or restaurant owner, that the guests are no longer showing up. “The government stopped it”, President Trump noted.

A new analysis released Tuesday by the U.S. Travel Association projects that decreased travel due to coronavirus will inflict an $809 billion total hit on the U.S. economy and eliminate 4.6 million travel-related American jobs this year. Earnings in March and April will be 75% below normal.

“The health crisis has rightly occupied the public’s and government’s attention, but a resulting catastrophe for employers and employees is already here and going to get worse,” Dow said Tuesday. “Travel-related businesses employ 15.8 million Americans, and if they can’t afford to keep their lights on, they can’t afford to keep paying their employees. Without aggressive and immediate disaster relief steps, the recovery phase is going to be much longer and more difficult, and the lower rungs of the economic ladder are going to feel the worst of it.”